Medicines for men to improve health 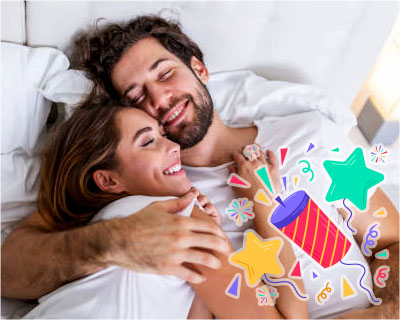 When was the last time you saw a doctor to check your men's health?

Most diseases have no gender differentiation, which means they are diagnosed in both men and women. However, there are a number of disorders that are unique to men and fall within the competence of urologists, andrologists and sex therapists.

Due to the peculiarities of mentality and upbringing, many men are not inclined to go to the doctor, especially when it comes to a problem in the intimate sphere. Often the men turn to specialists when the disease is very advanced and it becomes difficult to correct the current situation. In order to avoid such a situation, if you suspect a disease, you should immediately contact a specialist.

Below you will find an overview of the most important medications for men. And what's the best part? You can quickly compare the prices of these drugs in one place, namely at Health Service.

When are the drugs prescribed for men?

According to statistics, about 60 percent of men suffer from diseases of the pelvic organs, including prostatitis, prostate adenoma and erectile dysfunction. And only 10 percent of them are regularly examined and turn to doctors if they have symptoms.

Many factors affect men's health. These are:

The drugs for men can be used for a variety of conditions and diseases ranging from vitamin deficiencies, increased irritability, chronic fatigue syndrome to treating serious illnesses such as erectile dysfunction.

Before purchasing any of the drugs for men, carefully read the instructions and consult a qualified doctor. Also consider possible side effects and contraindications.

Under the term "drugs for men" the drugs that affect potency are most often considered. After all, having a fulfilling sex life is very important for a man's normal life. Sexual problems cause feelings of inferiority, low self-esteem, lead to neurosis and relationship problems. Consequently, potency-enhancing drugs not only help to eliminate physical complaints, but also contribute to good mental well-being. Which drugs have a potency-enhancing effect?

Potency drugs against erectile dysfunction at a glance

The most popular sexual enhancers belong to the group of PDE-5 inhibitors. This group of drugs for men works in the following way: the active ingredient inhibits an enzyme in the erectile tissue, preventing blood from flowing out of the penis.

The following drugs work on this principle:

Besides the branded drugs, you can buy their cheap alternatives like Levitra generic, Viagra generic, as well as buy generic Cialis.

These sex drugs for men are indicated in cases where erectile dysfunction is due to the problem of vascular tone. The tone itself can be affected by many factors, such as metabolic disorders, diet, physical activity, stress, chronic comorbidities.

On average, the effect of such sex drugs for men occurs in 15 minutes to 1 hour. The duration of action depends on the active ingredient: some 4-5 hours, some up to 36 hours.

Such medicines are prescribed for premature ejaculation. According to recent studies, about a third of men suffer from this condition.

It is difficult to establish the specific reasons for this phenomenon: the process of ejaculation itself occurs under the influence of the innervation of the peripheral nervous system. It also depends on a person's emotional and mental state and is controlled by a neurotransmitter, serotonin.

If you are looking for drugs that can prolong sexual intercourse, consider the drugs Priligy and Super Kamagra.

At Health Service you can compare Priligy price. We also offer you Super Kamagra price comparison so that you can buy the drug cheaply.

Testosterone is the most important hormone for men's health. Everything depends on him: sexual longevity, the absence of systemic diseases, general well-being.

As a rule, after forty years, men experience a decrease in testosterone production. A man feels a decrease in sexual energy, he feels weak and suffers more from discomfort. Taking preventative medication will help prevent all of this.

According to thousands of studies conducted over the past decade, optimal vitamin D intake is good for health. Patients with elevated levels of vitamin D in their blood have a lower risk of heart attacks, prostate cancer, colon cancer and multiple sclerosis.

The reason for vitamin D deficiency is that few people spend the required 15-20 minutes in sunlight each day, which exposes the face, hands, and feet to ultraviolet light. According to statistics, every third German has a vitamin D deficiency. People with a higher level of melanin, which is responsible for skin pigmentation, have to spend up to 30 minutes in the sun to ensure sufficient vitamin D production.

People over 65 need to spend more time outdoors to produce vitamin D, which is linked to changes in skin elasticity.

If the vitamin D level is too low, it can cause the following diseases:

The doctor can determine whether there is a vitamin D deficiency with a blood test. In the case of a deficiency, certain preparations with vitamin D can be prescribed, e.g. B. Vitamin D3 Hevert tablets, vitamin D3 Köhler 2,000 IU, vitamin D3 capsules in high doses - weekly depot, etc.

From the category: Men's Health