Instructions for use Motilium 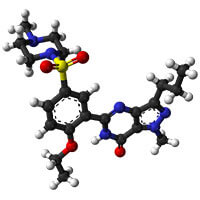 Motilium 10 mg tablets contain the active substance domperidone, which belongs to the class of antiemetics and acts as a dopamine antagonist. Domperidone has a blocking effect on peripheral dopamine receptors located in the gastric wall and duodenum. It increases the tone of the lower esophageal sphincter, enhances contractility and prevents the occurrence of duodenogastric reflux.

The antiemetic properties of Motilium are based on a combination of gastrokinetic effects and inhibition of chemoreceptors in the trigger zone of the emesis center. Motilium is able to prevent the development of symptoms such as vomiting and nausea, as well as alleviate these symptoms.

Motilium tablets should be taken in a low dose and should not last longer than a week.

Adults and adolescents from 12 years of age weighing more than 35 kg should take one tablet (Motilium 10 mg) three times a day. The maximum dose is 30 mg per day, ie 3 Motilium tablets. It is recommended to use the drug before meals.

Elderly patients over 60 years of age may seek medical advice before starting intake.

Please talk to your doctor before taking Motilium if you have liver problems.

Consult a doctor before taking Motilium if you have kidney problems.

If possible, take Motilium before a meal.

Motilium is a medication used to improve nausea and vomiting.

What is the name of the active ingredient in Motilium tablets?

How long can you take Motilium tablets?

The shorter the better. Do not take the tablets for more than 7 days.

Can you buy Motilium without a prescription?

What is Motilium for?

Motilium is an original development of the pharmaceutical company Janssen-Cilag AG and belongs to Antiemetika. The active substance in Motilium domperidone is a selective peripheral dopamine antagonist.

The preparation effectively normalizes the motor function of the stomach and restores the natural rhythm of its work. It is fast acting and has a high safety profile. Its effectiveness has been proven in controlled clinical studies.

In which dosage forms can Motilium be bought?

Motilium can be bought as film-coated tablets, suspension and orodispersible tablets.

Is Motilium available without a prescription in Britain?

Motilium tablets are subject to a prescription in Britain. If you want to buy Motilium from a local pharmacy, you need a valid prescription from your doctor. After the conversation, the species will issue the prescription, which you can then redeem at the local pharmacy.

If going to the doctor is uncomfortable for you, you can have Motilium 10mg prescribed completely legally in a licensed internet pharmacy. You can only buy Motilium over the internet from unlicensed online pharmacies.

What side effects are possible after taking Motilium?

If the recommendations for dosage and duration of treatment are observed, Motilium tablets rarely cause side effects.

Other Motilium side effects: conjunctivitis, stomatitis.

In 45 clinical trials where domperidone was taken at high doses, off-label, and long-term, all side effects except dry mouth were more common. This was particularly evident in cases associated with elevated prolactin levels.

Hello, I am suffering from severe nausea without vomiting. A month ago I took Motilium in tablet form. I noticed an improvement in two days. After 4 days of taking 2 x 1 tablet of 10 mg each, the symptoms were resolved.